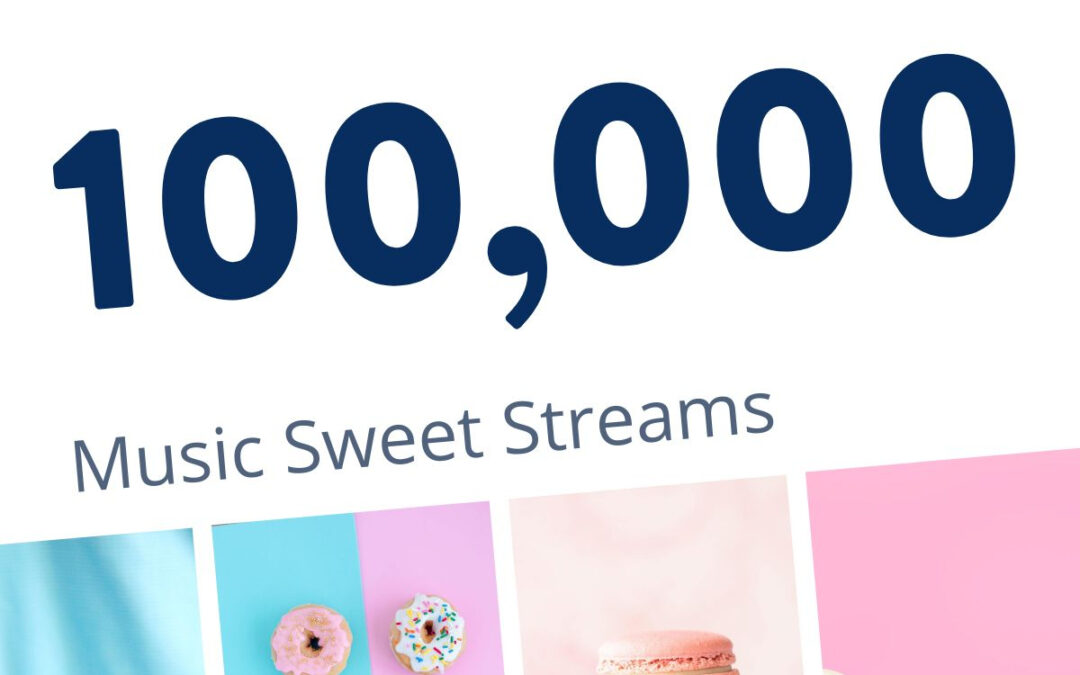 I had the shock of my life this week. I’ve been leaving much of the ‘music stuff’ relatively unattended in recent months as I’ve been busy with other things in life. It’s also something that I tend to pick up on when I’m feeling particularly inspired or have some spare time on my hands. That hasn’t happened recently. Early one morning this week, as I was in my dozy waking-up phase, I decided to have a little check-in with my stats with RouteNote.com. All of a sudden, I found myself very, very awake! Over 100,000 streams across different platforms!

This is not something I was expecting to see after trundling on in the early stages of publishing my music online. In fact, I’d almost convinced myself that this sort of level of interaction wasn’t really possible anymore. I had thought that the online space is generally flooded. It seems that everyone’s trying to flog anything, everywhere. This has been my reluctant conclusion. When I don’t see much happening, I have to remind myself that this has largely been a personal project. This has been a way to have fun and have a place for some creative experimentation. And that’s completely fine. 100,000 was a world away.

‘100,000 are the sorts of numbers that you hear about but it usually ends up being the case for the select few. The rest of us minions aim for it in vain. So how did this happen with very little effort and pathetic, half-hearted attempts at self-marketing? It’s pretty simple really. A TikTok fluke mostly!

One appropriately-named track is all it really took. One fairly head-on, descriptively-named track (“calm“) and a sign-up to RouteNote.com for a little distribution. The track’s not even my favourite or even my best work. It’s a fairly basic attempt at creating a track with a calm vibe. It was just conveniently found by some story-makers on TikTok who happened to have a heck of a lot of followers. They seemed to think that as tracks go, it was ok!

So, it can still be done, even for cynics like me. I’ve proved that going viral is possible with relatively low input from me. It’s just a shame that the whole thing earned less than an American cent!